I grew up on the River Murray and have always played around in boats, starting off with a canvas kayak, built as a school project.
A mid-life crisis on my 50th birthday had me buy a Current Design Storm and I started doing trips with a few friends.

In 2010 I tried a “Come and Try” with Adelaide Canoe Club. It was a great experience and comradeship so I joined the Club.

Initially I didn’t know much about kayaking, just ask Peter Carter about early paddling at Largs Bay! So I signed up for some instruction from Phil Doddridge and learned some of the finer points of good technique.

My passion grew. Memorable events included a night crossing to Wardang Island. Going to Sydney to train with Rob Mercer of Expedition Kayaks in a 3m swell paddling out of Sydney Heads.  Also attending the International Sea Kayaking Educators Symposium (ISKES) in 2018 with other ACC members.  It was great to meet international outdoor enthusiasts and benefit from coaching by Rob Mercer and Rohan Klopfer(East Coast Kayaking).

The highlight of my paddling life was participating in a Bass Strait Crossing attempt in 2021 with eight other Club members.

While my pathway may not be for all, I recommend getting involved in regular paddling, having some quality instruction and enjoying the trips that ACC has to offer on the lakes, rivers and coastal environments we have at our doorstep!” 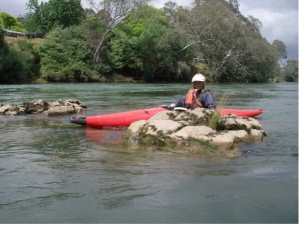 I began paddling in the early 1950s in my aunt’s canvas kayak which she had paddled from Waikerie down the Murray River, to my grandfather’s property “Punyelroo”, just downstream of Swan Reach. Our family stayed there every Christmas. My father always made me wear a trailer tyre tube around my waste for safety. I did not enjoy the valve which stuck into my side and was very glad that as I grew I was safe in a fitted life jacket! I worked out how to control the craft using my aunt’s heavy, rounded-blade wooden paddle, while safely tied to a willow by a long rope. By the time I was 10, we had a canoe and so I was introduced to its wonderful single blade paddle. As a completely self- taught paddler, the efficiency of my strokes left a little to be desired but I loved exploring the back waters and lagoons.

I continued exploring places by canoe with my young family in the Boundary Waters of Minnesota while living there during the late 70s.   Camping in bear country was a little challenging at times.

My first experience of serious kayak paddling was in 1990, being introduced to white water at Eildon on a trip with Wayne Hooper and his mates. This resulted in a lifelong paddling partnership with Wayne to this day. On return, I was hooked by the sport of Canoe Polo. From these experiences, I was inspired to improve my paddling techniques. I achieved my Instructor qualifications in Kayak and Canoe and began taking school groups on paddling expeditions and introduced some of my students to Canoe Polo.

Through Adelaide Canoe Club I have been able to access a wide range of paddling experiences in many regions of Australia. Wayne and I have really enjoyed the ACC activities over the past 20 years, and now that we are retired, we also enjoy exploring new rivers together. 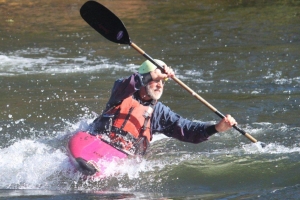 My introduction to paddling was on the family paddle board while holidaying as a child at Lake Bonney at Barmera. Mucking about on water craft on the Murray was always a priority until I became formally involved in paddling programs in the late eighties.

In the early eighties I was given a scholarship to study Outdoor Education at what is now UniSA. As part of that course I was able to obtain a Paddle Australia Instructor award in paddling. After graduating in Outdoor Education I was appointed to Marion High School which developed a comprehensive canoe and kayak program over the next few years. Having the opportunity to go on paddling trips with school groups on the backwaters of the Murray was a bonus.

One of the teachers at Marion, Richard Geytenbeek, was playing the new sport of Canoe Polo with a group of mates who were also studying Outdoor Education. Canoe polo developed into a very popular sport in the nineties in Adelaide with A, B, C, D and junior teams competing all Saturday afternoon and training sessions during the week at the Adelaide Swimming Centre. At that time Australia was a power- house in Canoe Polo at International level with many players from South Australia representing the country. The opportunity to develop paddling skills with the mentoring of experienced coaches, while having fun, was an invigorating experience. I spent four enjoyable years playing B grade before being posted to Central Australia. The opportunity to represent SA at Masters level was a bonus.

I recommend anyone who wishes to improve their paddling skills to have a go at Canoe Polo. It is a great team sport that the whole family can take part in and provides an excellent opportunity to develop one’s skills in paddling.

My group of Canoe Polo friends invited me on their whitewater trip to Eildon, Victoria, over the Christmas break which I grabbed with both hands. This built a passion for white water trips. At about that time the Adelaide Canoe Club (1987) was formed with many of the Canoe Polo players as members. Thus, as well as Canoe Polo there were groups from Adelaide Canoe Club who were planning trips In SA and interstate and I was able to access a range of new paddling experiences.

The club developed a constitution and paddling calendar in the early nineties and has gone from strength to strength over the years with members able to take part in canoe polo, flatwater and whitewater expeditions, sea kayaking and training as a result of the dedication of many leaders of the club.

Two people, David Mallet and David Mausolf, were instrumental in laying the foundation for the success of the club through their dedication to organizing activities over many years. It would be remiss not to mention the work of Peter Carter with the Adelaide Canoe Club over many years and his impact on all aspects of Canoeing in South Australia including Sea Kayaking which has become a major focus of the club in recent years

I am grateful to the strong leadership of ACC over the years which has given me the opportunity to experience many paddling highlights over more than 30 years. Through my involvement in the club I have been able to obtain my White Water Instructor Award and have the opportunity of paddling with members on whitewater in the Northern Territory, Victoria, Tasmania and New South Wales, as well as a range of trips on flatwater all over Southern Australia.

As a result of the wide range of experiences with Adelaide Canoe Club I have developed the confidence to undertake independent paddling with my wife Libby Robertson all over Australia. 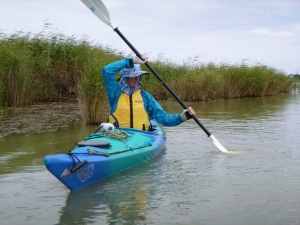 I joined ACC late last year (2021), wanting to learn more about kayaking than the basic paddling I’d been doing with friends. Going on paddling events has been really great for me, having the support and information from the experienced people in the Club. The leaders and trainers and experienced ones share their knowledge generously and are very encouraging. I’m enjoying the events a lot.  The Basic Skills training was really terrific for me, to have that opportunity to build confidence. I’m looking forward to developing skills for ocean paddling and going on longer journeys. 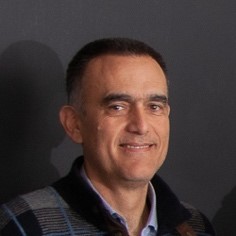 Towards the end of 2020 I decided to explore kayaking after seeing the immense possibilities for this activity in South Australia. Surfing the net for information I came across the web page of ACC and really got excited about kayaking. I then decided to do the wrong thing and bought a cheap bulky kayak to see if this was a one-day excitement or something that would do regularly (instead of waiting and consult with the club members with the right expertise).

The first outings with the club showed me several things. I was right about the wide variety of unique places that you can enjoy while kayaking. Flatwater, whitewater, sea kayaking, the opportunities were endless. I also learned that rushing to buy the first kayak you find is not a good start. My first boat was not as expensive as some of the others I saw in the club, but it was tippy, bulky, and even had a deformed stern.

I attended numerous trips with the club and could see first hand the need to start with basic training, work gradually on your skills, rely on the leaders to guide you through the various stages, carefully select the gear you need, and many other things.

Today I have a kayak that is more adequate to the type of activities that I like (Delta 17), I keep gradually improving my skills with the club, enjoying the camaraderie in those amazing trips, and exploring the rivers and coastlines surrounding Adelaide.

I moved here in mid-February(2022) from the USA where I had enjoyed sea kayaking for many years – from playing in the surf, to playing where the waves meet the rocks, and expedition kayaking in the Sea of Cortez and Baja.  I arrived here months before my kayaks and will always appreciate the kindness of so many members of the club lending me their kayaks.  I also appreciate the regular fitness paddles and the fact that 6 weeks into arriving here I had the exciting opportunity to paddle to Kangaroo Island via Backstairs Passage with the club and have subsequently  gone on two overnight paddles on the Murray as well.  I feel very lucky to have found a vibrant community of like-minded kayakers here and will always remember the warm-hearted welcome I received.