Adelaide Canoe Club (ACC) was formed in 1987. In the very early years ACC was largely a Canoe Polo club although other paddling activities occurred including River Murray camping trips and white water training in Victoria. The people that instigated ACC and formed the first committee included Nerilee Flint, Phil and Margaret Doddridge and Graham Smith from The Scout Shop. The Scout Shop sponsored ACC helping with the costs of player uniforms, kayaking gear and outdoor stuff. The Scout Shop still offers club discounts and there is a picture of the Aquadears, an all-conquering ACC polo team, still on the wall.

Other important people in the foundation of ACC were Lawrie and Anthea Shem, Felicity Mc Ewen and Peter Zeigler. Lawrie Shem ran Canoe Sport, a great kayak business and was the Development Officer for Canoe SA (now Paddle SA). Nerilee, Margaret and Anthea were key players in the Aquadears winning multiple National Polo Championships over the years and Phil was their first coach.

In the early 1990’s the Club began to offer more diverse activities with regular kayak and canoe camping trips and instructional sessions. Some of the historic highlights of the Club include: 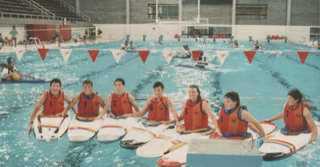 In 2021 club members conducted an expedition to paddle Bass Strait. 2021 was the year of unusually windy conditions and COVID and a complete crossing was not possible. The group paddled in some of the most challenging seas any had encountered. They were able to paddle from Whelshpool to Hogan Island (officially Tassie waters) but then had to return. The paddlers were Phil and Patrick Doddridge, Bernard Goble, Anthony Aardenburg, Bella Kosterman, Mark Loram, Bob Newlands, Alison Boyles (VSKC) and Hugh Stewart. See the ‘Trip Reports’ section in this website for more details.

We are in the process of building a more complete history of ACC and club events and expeditions. Get in touch with the current committee if you want to help 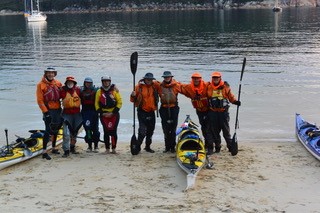